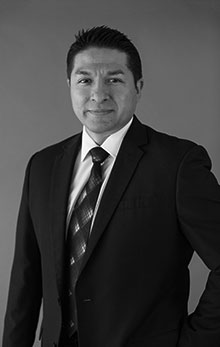 Mr. Cisneros earned his Bachelor of Arts in Legal Studies from Chapman University with a minor in Comparative Literature. At Chapman University, Mr. Cisneros was a member of the cross-country team, he received the Provost’s Award multiple semesters for academic excellence, and he graduated with Honors from the Political Science Department.

Following his graduation from Chapman University, Mr. Cisneros attended Whittier Law School where he excelled academically. While in law school, Mr. Cisneros served as Associate Editor of the Whittier Law Journal of Family Law and Child Advocacy and he completed an internship with the Orange County District Attorney’s Office – Gang Unit. Exhibiting his tremendous work ethic, Mr. Cisneros worked full time as a banker for Union Bank for the first two and a half years of his law school career.